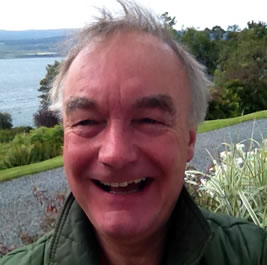 There’s a sign above monasteries welcoming strangers. ‘Pax Intrantibus’ or Peace to all who enter – words that evoke both hope and promise. This connotes the idea of retreating from the harsh realities of the world outside to inner, islands of peace. But it’s a lot wider than that. Peace isn’t just something internalised and private; peace should be our legacy, our mandate and our mission.This sets a fitting theme for my review of the year end 2017

So much of what I have written in previous issues hones in on the abject failures of people to communicate peaceably with each other. The last year has seen our politicians raucously claiming utterly untenable and extremist positions – Boris on Europe, Trump on just about anything, Junker in his determination to treat England punitively, and then there’s the Israelis and the Palestinians providing a Mexican standoff. There were little signs of promise to come with Mugabe going in Zimbabwe and Zuma on the way out in S Africa, and signs of some progress in passing the first Brexit hurdle. Even the stock market rallied. But there’s been an underlying gloom about the standing of those in responsibility, in the growing inequality between the haves and the have nots, in the willingness to spend billions on Trident rather than the NHS, in Natanyahu expanding settlements in the Occupied West Bank and crowing over Jerusalem – all these dampen the hope and promise for 2018.

There’s a lot more that those of us who think and breath peace and mediation can do to improve things in our world next year. So don’t let the peace within stop our striving for a peace without.